Hello and welcome to this Start:Stop reflection from St Stephen Walbrook, when we stop for a few moments and start to reflect on a passage from scripture. My name is Phillip Dawson.

The sixteenth of January marks the anniversary of the death of Roger Fenton, a former Rector of St Stephen Walbrook who died in 1615. He was a member of the committee that produced the King James Version of the bible, responsible for translating the New Testament Epistles.

Our reading today is from one of these; Paul’s second letter to Timothy, the text taken from the King James Version:

But continue thou in the things which thou hast learned and hast been assured of, knowing of whom thou hast learned them; and that from a child thou hast known the holy scriptures, which are able to make thee wise unto salvation through faith which is in Christ Jesus. All scripture is given by inspiration of God, and is profitable for doctrine, for reproof, for correction, for instruction in righteousness; that the man of God may be perfect, thoroughly furnished unto all good works.

On 12th January 1604, just six months into his reign, King James I held a conference at Hampton Court, summoning the prelates – senior Bishops and Deans of the Church - to meet with those who saw the reign of the new monarch as an opportunity to press for further puritan reforms.

There were many who questioned the continuing use of symbols such as the cross and the wearing of vestments following the Church’s break from Rome. Others challenged the need for bishops and archbishops at all since there seemed to be no evidence for such positions in the bible. At the most extreme, separatists advocated the removal of the monarch as Head of the Church.

Delayed due to the Great Plague, which had claimed over thirty three thousand lives that year alone, no less than the future direction of the church was at stake.

However, the conference was not a new battle ground - but a bringing together of a near consensus; the King’s Privy Council having ensured that the most radical were not in attendance. It was also a meeting of minds; King James is said to have been capable of translating any passage of the Bible from Latin to French and French to English on sight.

It was at the conference that the idea for the King James Version of the Bible was born. The suggestion came from one of the four Puritan representatives, keen for the existing ‘authorised’ version to be replaced with a text similar to the Geneva Bible, particularly popular with the reformers on the continent. This was the first bible to be divided into verses and contained many footnotes and explanations in which the political views of its editors could often be detected.

King James agreed, but, taking personal responsibility for drafting sixteen rules to guide the work of the translators, insisted that tolerance would be the hallmark of the process. The King decreed that the new translation was to be produced by six ‘Companies’ of the most learned men in the land; a balance of moderate puritans and prelates; working alone at first, then together; with the work of each Company passed on to the others for review. James refused to allow any divisive marginal notes or additional commentaries to be added that could inflame one side or the other; in Great Britain and Ireland at least the word of God was to be read uninterrupted by the word of man. The translators were to draw on previous versions, including the Geneva Bible as well as the teachings of the church fathers; picking apart each word and examining it, as if individual tesserae in a mosaic, before reassembling them to produce the most sympathetic text possible.

But scriptural authenticity was not James’ only concern. The author Adam Nicholson explains that for the new King, the bible was “an organism that absorbed and integrated difference, that included ambiguity and by doing so…..unit(ed) the nation as a whole, Puritan and prelate, court and country, simple and educated” alike.

To modern ears it sounds unbelievable that a text could be seen as having the potential to bring about such unity; and even more astounding that a committee could produce a work of such linguistic genius! But this was the age of the Word, when scripture alone offered solace, hope and truth and when co-authorship was seen as a virtue.

Roger Fenton, who was appointed as Rector of St Stephen Walbrook in 1601, formed part of the Second Westminster Company, charged with translating the New Testament Epistles. The only documentary evidence of the work of the translators survives in Lambeth Palace Library and appears to be a final draft of the work of this Company. Each page is ruled in red ink into double columns, with evidence of the manuscript passing through several different committee members; missing words, spellings and punctuation corrected; perhaps some of these amendments in the hand of our own Roger Fenton. The document has been described as exuding a ‘bureaucratic kind of holiness’.

That orderliness was shattered when the Gunpowder Plot shook the country in 1605; an event which strengthened the desire to progress with the translation project - to produce a unifying version of the scriptures. Speaking in the House of Lords shortly afterwards, William Barlow, Bishop of Rochester and Director of the Second Westminster Company explained that “Light, majesty and truth had only just escaped being eclipsed by the satanic, the dark and the deceitful.”

The translators saw their work as bringing light to Great Britain.

Their skill lay in balancing this sense of purity and directness whilst capturing the aesthetics of the Jacobean age which were anything but. In the opulence of the royal court, goods poured in from across the world, James - renowned for lavishing gifts and riches on his favorites - had instructed the translators to write “gorgeously”.

That the text managed to embody both light and richness, purity and sumptuousness, is a testament to its translators, including Roger Fenton, whose own writing style was described as combining “naked innocence without [show], and natural majesty of the style, like a master bee without a sting".

By the spring of 1611, the King James Version of the Bible was complete. A group of twelve divines was called to Stationers Hall to sit and listen to the text and give their final approval; to make sure it ‘sounded’ right – that it sounded “majestic”.

It is the rhythm, the musicality of the text which we continue to appreciate today; this is not English that you would hear spoken on the street then or now; it is a bridge from one civilization to another; a ceremony of the word.

The study of which caused Roger Fenton considerable physical pain as he poured over his writing desk; whilst from strong Lancashire stock, his sedentary life accelerated weakness and disease. Nicholas Felton, rector of the then neighbouring parish of St Anthonlin, Budge Row and a fellow member of the Second Westminster Company said that Fenton’s afflictions were given to him as trials of his patience and faith. “Oh no,” Fenton replied, perhaps recalling his translation of Paul’s Second Epistle to Timothy; “they are not trials, but corrections.

As we remember the life and work of Roger Fenton, Rector of St Stephen Walbrook this week, we give thanks for the work of all the King James Bible translators and their enduring legacy.

Blessed Lord, who caused all holy Scriptures to be written for our learning: Grant us so to hear them, read, mark, learn, and inwardly digest them, that we may embrace and ever hold fast the blessed hope of everlasting life, which you have given us in our Savior Jesus Christ; who lives and reigns with you and the Holy Spirit, one God, for ever and ever.

Prayers of Intercession - The Wedding at Cana 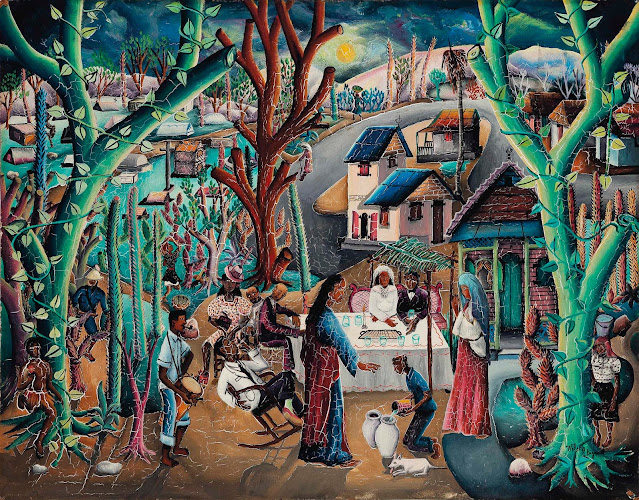 Phillip Dawson
Thank you for visiting this blog, which I have started to record the things which inspire me in church and sometimes what I have said in church! My "home" church is St Stephen Walbrook in the City of London. but I enjoy visiting other churches throughout the week, including All Hallow's for Taize (Weds 6pm), St Sepulchre's for Choral Evensong (Tues 6.30pm), the Wesley Chapel now and then (Weds 12.45pm) and St Paul's Cathedral in the morning (7.30 or 8am)! I moved into the City in January 2018 after many years in Southgate (North London) where I was privileged to be Churchwarden of the wonderful Christ Church Southgate. I work as Director as a firm of Architects and am a student at St Augustine's College of Theology. In my spare time I support Reverend Jonathan Evens at St Martin in the Fields with the administration of HeartEdge - a growing international and ecumenical network of churches working in the heart of communities with those at the margins and on the edge.